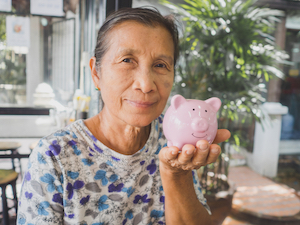 Legislation before the U.S. Senate seeks to ensure that terminated vested participants and their beneficiaries are well-informed regarding how they receive payments.

Under the bill, a plan sponsor which amends the plan to provide time for participants or beneficiaries to elect to receive a lump sum instead of monthly annuity payments would be required to provide notice:

Notice to Participants and Beneficiaries

In greater detail, the notice to participants and beneficiaries would have to include:

The bill also would require a plan sponsor to provide notice to the IRS, DOL and PBGC regarding:

In addition, the plan sponsor would be required to provide an additional report to the IRS, DOL and PBGC no less than 90 days after the conclusion of the period during which participants and beneficiaries may accept a plan’s offer to convert their annuity into a lump sum. That report would include the number of participants and beneficiaries who accepted the lump sum offer and any other information the IRS and DOL may require.

The bill also calls for regulatory guidance to be issued within six months after the bill is enacted, including as model notices for plan sponsors to use.

The bill has been referred to the Senate Health, Education, Labor, and Pensions Committee.