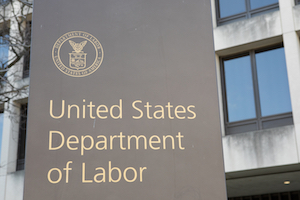 A supplemental statement released by the Department of Labor cautions that private equity investments in participant-directed retirement savings plans may not be appropriate in certain cases.

The DOL’s statement clarifies a June 2020 Information Letter released during the Trump administration affirming that PE investments as a component of a professionally managed multi-asset class vehicle structured as a target date, target risk or balanced fund can be offered as an investment option for participants in defined contribution plans under ERISA.

“After considering reactions to the Information Letter by stakeholders, the department concluded it was important to release a statement cautioning fiduciaries, especially in small plans, against marketing efforts that may misrepresent the Information Letter as a U.S. Department of Labor endorsement or recommendation of these investments for 401(k) plans,” Ali Khawar, the Acting Assistant Secretary for EBSA, said in a statement.

EBSA notes that in the department’s view, the Information Letter stated that a plan fiduciary would not violate the fiduciary’s duties under ERISA sections 403 and 404 solely by reason of offering a professionally managed asset allocation fund with a PE component as a DIA subject to the conditions set forth in the letter. Rather, the letter confirmed, as with any plan investment, plan fiduciaries must determine that an investment that includes PE is, among other things, prudent and made solely in the interest of the plan’s participants and beneficiaries.

To that end, the new DOL statement expresses the department’s view that plan-level fiduciaries of small plans typically will not have the expertise necessary for the complex evaluation needed to determine the prudence of PE investments in designated investment options in participant-directed plans. “The Supplemental Statement emphasizes the limited focus of the Information Letter as a response to large plan sponsors who offer both defined benefit plans and participant-directed retirement savings plans, and who invest in private equity for their defined benefit plans but do not do so for the participant-directed plans,” explains Khawar.

DOL notes that it received a number of questions and reactions from a range of stakeholders regarding the Information Letter. In addition, an SEC “Risk Alert” issued shortly after the Information Letter was issued in June 2020 highlighted compliance issues in examinations of RIAs that manage PE funds or hedge funds. The DOL says that it agrees with some stakeholders that the representations by the letter’s requester regarding the claimed benefits of PE investments reflected the perspective of the PE industry and were not balanced with counter-arguments and research from independent sources.

Additionally, as previously noted, the letter explained the DOL’s expectations regarding the expertise plan fiduciaries should possess to be able to satisfy their duty of prudence to select and monitor PE as a component of a DIA. For example, the letter pointed out that the responsible fiduciary should be able to determine—either alone or with the assistance of a qualified adviser—whether the particular investment arrangement complies with applicable requirements under securities, banking or other relevant laws and regulations.

Acting Assistant Secretary Khawar indicated this past spring that the DOL was conducting stakeholder outreach to assess the use of PE investments in professionally managed funds within 401(k)s, with a focus of assessing whether smaller plans really understand the benefits and risks.