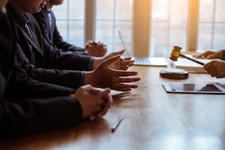 Springfield, Missouri-based O’Reilly Automotive, Inc. is the latest to draw the attention of the plaintiffs’ bar—or more precisely its $1.1 billion plan and 53,000 participants.

These plaintiffs—represented by Capozzi Adler PC (and FortmanSpann LLC) say that the defendants’ “mismanagement of the Plan, to the detriment of participants and beneficiaries, constitutes a breach of the fiduciary duty of prudence, in violation of 29 U.S.C. § 1104,” and that their actions were “contrary to actions of a reasonable fiduciary and cost the Plan and its participants millions of dollars.”

Now, the plaintiffs admit that they don’t know all the particulars here (they’re hoping the court will grant them discovery to get into that), but based on what they consider “reasonable inferences,” they assert that the defendants breached their fiduciary duty of prudence, and that the folks that appointed them were guilty of a failure to monitor those defendants.

“In fact,” they write, “in an attempt to discover the details of the Plan’s mismanagement, on February 18, 2022, Plaintiffs wrote to O’Reilly requesting, inter alia, meeting minutes from the Committee. By correspondence dated March 9, 2022, O’Reilly refused to acknowledge whether or not meeting minutes existed and stated, however, that even if they did exist, O’Reilly would refuse to provide them.”

The suit continues that the high cost of the Plan’s funds is even more stark when comparing the Plan’s funds to the average fees of funds in similarly-sized plans, and that in a 2018 study by the Investment Company Institute (ICI), “looking at plans that have over 1 billion dollars, the ICI determined that the average asset weighted total plan cost or TPC for 401(k) Plans with over 1 billion dollars in assets under management is .22% of total plan assets.” They continue to state that “…another indication that the Plan was poorly run and lacked a prudent process for selecting and monitoring the Plan’s investments is that, as of 2020, it had a TPC of more than .60%, or, in other words, more than 172% higher than the average.”

Acknowledging that “…utilizing a revenue sharing approach is not per se imprudent, unchecked, it is devastating for Plan participants (e.g., see allegations infra),” the suit goes on to state that, “At worst, revenue sharing is a way to hide fees. Nobody sees the money change hands, and very few understand what the total investment expense pays for. It’s a way to milk large sums of money out of large plans by charging a percentage-based fee that never goes down (when plans are ignored or taken advantage of). In some cases, employers and employees believe the plan is ‘free’ when it is in fact expensive.”

As for recordkeeping, the suit states that “because the Plan paid yearly amounts in recordkeeping fees that were well above industry standards each year over the Class Period, there is little to suggest that Defendants conducted an appropriate RFP at reasonable intervals—or certainly at any time prior to 2016 through the present—to determine whether the Plan could obtain better recordkeeping and administrative fee pricing from other service providers given that the market for recordkeeping is highly competitive, with many vendors equally capable of providing a high-level service.”

“Looking at recordkeeping costs for other plans of a similar size as of 2019 shows that the Plan was paying higher recordkeeping fees than its peers—an indication the Plan’s fiduciaries failed to appreciate the prevailing circumstances surrounding recordkeeping and administration fees. The chart below analyzes a few well managed plans having more than 13,000 participants and more than $300 million dollars in assets under management”—their assessment was that the plan was paying T. Rowe Price $49.56/participant, whereas other, smaller plans were paying anywhere from $18 to $30/participant.

As for the “Monitoring Defendants,” the suit cites the following:

a. failing to monitor and evaluate the performance of the Committee Defendants or have a system in place for doing so, standing idly by as the Plan suffered significant losses as a result of the Committee Defendants’ imprudent actions and omissions;
b. failing to monitor the processes by which Plan investments were evaluated; and
c. failing to remove Committee members whose performance was inadequate in that they continued to maintain imprudent, excessively costly, and poorly performing investments within the Plan and pay exorbitant fees for the Plan’s recordkeeping and administration, all to the detriment of the Plan and Plan participants’ retirement savings.

Will their assertions be sufficient to get their day in court, or will the defendants prevail in their motion to dismiss?