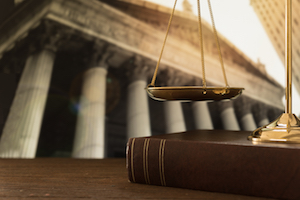 A suit involving excessive fee allegations regarding a $15 billion plan has come to terms with a unique settlement structure.

Back in June 2020, the $15 billion Costco 401(k) plan was sued in the U.S. District Court for the Eastern District of Wisconsin by participant-plaintiff Dustin S. Soulek (Dustin Soulek v. Costco Wholesale Corp. et al., alleging that the Costco plan fiduciaries “breached the duties they owed to the Plan, to Plaintiff, and to the other participants of the Plan by, among other things: (1) authorizing the Plan to pay unreasonably high fees for recordkeeping; (2) failing to objectively and adequately review the Plan’s investment portfolio with due care to ensure that each investment option was prudent, in terms of cost; and (3) maintaining certain funds in the Plan despite the availability of identical or similar investment options with lower costs, and/or better performance histories.”

The latter apparently includes the inclusion of “…more costly ‘actively managed funds’ rather than ‘index funds’ that offered equal or better performance at substantially lower cost” among the 42 options offered by the plan. The suit also claims that “the administrative fees charged to Plan participants were consistently greater than the fees of most comparable 401(k) plans, when fees are calculated as cost per participant or when fees are calculated as a percent of total assets”—and it took special aim at the lack of an RFP “for a substantial period of time.”

The case had been put on hold by Judge William C. Griesbach while the U.S. Supreme Court weighed similar allegations against Northwestern University, which it did in January.

As noted above, under the terms of the proposed Settlement (Soulek v. Costco Wholesale Corp., E.D. Wis., No. 1:20-cv-00937, motion for preliminary settlement approval 3/14/22), a Total Settlement Amount with a value not to exceed $5.1 million will be paid to resolve the Settlement Class Members’ claims. In presenting the agreement for court approval, the parties note that this “…is a significant recovery in relation to the claims that were alleged and falls well within the range of negotiated settlements in similar ERISA cases.”

To arrive at that settlement, the Parties engaged in a full-day mediation with a neutral mediator (Robert Meyer) on Jan. 12, 2022, and—“after extensive, arm’s length negotiations, including weeks of negotiations between the Parties after the mediation concluded, the Parties reached a Memorandum of Understanding as to Settlement of All Claims on February 17, 2022.”

The settlement—basically in the form of a fee reduction—will work as follows:

With regard to the latter, they will get notice via first-class mail or email (or other electronic means)—expenses that will be deducted from that set-aside amount.

As with most of these settlements, there will be a Settlement Website on which it will post the Settlement Agreement, Notices and relevant case documents, including the Complaint and a copy of all Court orders related to the Settlement. Additionally, the agreement says that the Settlement Administrator also will establish a toll-free telephone line that will provide the option of speaking with a live operator if callers have questions.

As for those attorney fees and expenses, the settlement says the request will be filed at least 30 calendar days prior to the final fairness hearing, and more than two weeks before the Independent Fiduciary files its report.

More significantly, the agreement stipulates that the requested fees may not exceed $1.5 million dollars (“slightly less than 30% of the settlement amount”), as well as recovery of Administrative Expenses, and a service award of up to $10,000 for the “Class Representative” (plaintiff Dustin Soulek).

To provide some context, the settlement agreement explains that for purposes of mediation, the plaintiff estimated that the total retirement plan fees (RPS) exceeded a reasonable amount by $30 million and that, based on this estimate, the $5.1 million recovery represents more than 16% of the allegedly excessive RPS fees. This, they assert is “on par with numerous other ERISA class action settlements that have been approved across the country.”

Will the court agree? We shall see.