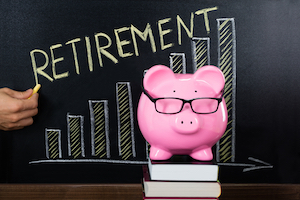 With past behavioral economics research demonstrating that nudges can be a potent tool for increasing savings rates, the results of a recent study suggest that fresh start framing can be an effective nudge.

In “Using Fresh Starts to Nudge Increased Retirement Savings,” John Beshears of Harvard University and NBER; Katherine Milkman of the University of Pennsylvania; and Hengchen Dai and Shlomo Benartzi of the UCLA Anderson School of Management conducted a field experiment among more than 6,000 university employees to study the effect of framing future moments in time as new beginnings, or fresh starts.

As part of an experiment, participants received mailings offering an opportunity to choose between increasing their plan contributions immediately or at a specified future point in time.

Interestingly, even though the relatively greater attractiveness of the future opportunity caused by fresh start framing might be expected to decrease take-up of the immediate savings opportunity, the results suggest that such a decrease did not occur. In fact, fresh start framing increased retirement plan contributions following the mailing.

Moreover, they add that fresh start framing appeared to increase cumulative savings contributions over the eight months following the mailing by roughly 25% more than other mailings sent during the experiment.

Noting that many experts are concerned that savings rates are too low, Beshears, Dai, Milkman and Benartzi suggest that the results highlight the promise of fresh start framing as a “new and effective nudge for encouraging saving.”

The primary contribution of the paper, they note, is that it provides the first affirmative field demonstration of fresh start framing as a means of encouraging self-improvement and promoting behavior change. Another key contribution is that the research establishes how applying fresh start framing to an opportunity to begin future goal pursuit affects immediate decisions about goal pursuit.

Beshears, Dai, Milkman and Benartzi acknowledge that while their field experiment had many strengths, it also had a few limitations, including, for example, that the

mailings were sent on a single date and invited employees to increase their savings at some point in the next six months, instead of offering opportunities to individuals to change future behavior on staggered dates over the course of a year.
Likewise, the researchers predicted that it would be effective to highlight New Year’s as an opportunity to begin saving, but this particular fresh start date did not produce a noticeable increase in savings. Rather, highlighting the first day of spring and birthdays apparently had the biggest impact.

“Many individuals may naturally expect New Year’s to serve as an opportunity for a new beginning; thus, highlighting this opportunity may not draw increased attention to the initiation of goal pursuit,” they note. In contrast, individuals may be less likely to view birthdays and the first day of spring as opportunities for new beginnings, so highlighting these opportunities may draw increased attention to goals, the researchers observe.