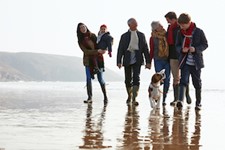 Amid rising student loan debt and a changing retirement landscape, today’s early- and mid-career employees’ financial picture looks markedly different compared with prior generations, according to a new study by EBRI.

When considering the financial picture of mid-career professionals, EBRI finds that Generation X families were less likely to own a home, have any retirement plan and were more likely to have debt than Baby Boomers families at the same ages. Moreover, while Gen X families were more likely to have a defined contribution plan and have higher balances in the plan, they also had higher median debt—including student loan debt—and lower median net worth.

Interestingly, the likelihood of owning any type of retirement plan was not significantly different between Millennials and Generation X. However, Millennial families were more likely to have had a DC plan than Generation X families.

These were among some of the findings in "Comparing the Financial Wellbeing of Baby Boom, Generation X, and Millennial Families: How the Generations Stack Up," which contrasts key financial indicators between similarly aged workers in 2019 and 2001. Using the Survey of Consumer Finances, EBRI’s issue brief includes two sets of comparisons—Generation X versus Baby Boomers, and Millennials versus Generation X—by comparing key financial status indicators across generations at the same ages.

Impact of Race and Income

In analyzing generational cohorts by race and income, EBRI’s study further reveals that early career black Generation X families’ median net worth in 2001 was the lowest of all racial/ethnic groups, at $14,000. Additionally, however, the data reveals this has only gotten worse. Black Millennial families’ median net worth is only $1,790—significantly lower than that of their white and Hispanic counterparts. EBRI observes that this decrease is likely driven by the fact that the student loan debt of black Millennial families is more than double that of white, non-Hispanic families. Black Millennial family student loan debt comprises nearly 43% of their debt—more than a five-fold increase from the proportion of student loan debt of black Generation X families at the same age.

Millennials and Generation X are also more likely to rely on their own savings when it comes to retirement security and face greater challenges relating to student loan debt than Baby Boomers did at the same age. This has resulted in heightened financial stress in the workplace, according to the report.

As such, more employers are offering or looking to provide financial wellbeing programs to aid their early and mid-career workforce in addressing their complete financial picture, instead of a more limited focus on retirement plan accumulations. “The growing recognition of the competing demands that Generation X and Millennial families face with covering today’s expenses while also having to save for their future has caused employers to see the need to offer financial wellbeing programs in order to provide support for their employees’ financial stress,” the report states.

How these generations continue to manage their finances and their working careers will be imperative for their financial success in retirement, EBRI observes, adding that action will be necessary in order for these generations to regain ground they may have lost relative to their predecessors. “Generation X and Millennial families are faced with the growing challenge of balancing debt and expenses while also needing to save for retirement,” notes Craig Copeland, EBRI Senior Research Associate and author of the report. “These generations may need to take significant actions, including working longer, saving more and paying down debt, just to gain parity with previous generations.”