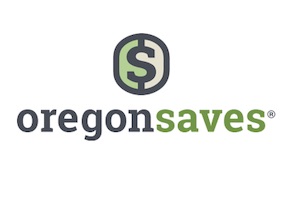 A new study looks at the impact of the first state-sponsored auto IRA program on those who previously lacked access to a plan.

In Auto-Enrollment Retirement Plans in OregonSaves, authors John Chalmers with the University of Oregon, Olivia S. Mitchell of the University of Pennsylvania, Jonathan Reuter of Boston College and Mingli Zhong of the Urban Institute analyze participation choices, inflow and outflow data between August 2018 and April 2020, and the evolution of account balances.

“Overall, we conclude that OregonSaves has meaningfully increased employee savings by eliminating search costs,” the authors write in the 84-page working paper sponsored by the University of Michigan and Disability Retirement Research Center (MRDRC). The 34.3% of workers with positive account balances in April 2020 is comparable to the marginal increase in participation at larger firms in the private sector.

Launched in 2017, OregonSaves is the first state-sponsored program to provide an automatic-enrollment retirement savings mechanism for private-sector employees. According to the paper, more than 67,700 participants accumulated over than $51 million through April 2020, resulting in an average account balance of $754. By the end of June 2021, the program had accumulated nearly $119 million, with about half of eligible employees participating.

Consistent with a “search costs” rationale for the program, the researchers saw higher participation rates among younger workers and those being exposed to the OregonSaves program for the second or third time. In addition, the researchers found that the majority of participating employees save at the 5% default rate, while savings rates of 6% and 7% appear to be almost entirely driven by automatic escalation.

“Nevertheless, we have also identified limits to what automatic-enrollment savings plans can achieve when expanded to workers in industries and firms with low wages, volatile wages, and high turnover rates,” they observe. They note that there is reason to believe that at least part of the liquid savings generated by employee contributions were drawn down to smooth consumption during the pandemic. The researchers emphasize that this finding does not necessarily undermine the value of the savings program, but it instead highlights the key role that the accounts play for lower-paid workers in times of earnings and employment volatility. Less clear, they note, is whether these accounts will eventually grow into important vehicles for retirement saving.

As part of their paper, the researchers examined three non-mutually exclusive explanations for the dearth of employee-initiated retirement savings, which they refer to as “search costs,” “can’t afford to save,” and “don’t need to save” hypotheses. According to the researchers, their analysis of account-level data during the study period provides evidence that all three hypotheses play a role in participants’ behavior.

Not surprisingly, the researchers found that the program serves employees across a range of industries, but primarily those with low wages and high turnover. Within the small- to mid-sized firms served by OregonSaves, estimated average after-tax earnings are low ($2,365 per month) and turnover rates are high (38.2% per year).

While participation rates under automatic enrollment were found to be significantly lower than the levels observed in studies of employer-sponsored 401(k) plans, the authors emphasize that when assessing the research’s estimated participation rates between 34% and 62%, it’s important to remember that OregonSaves targets workers in low-wage industries with high levels of job turnover. Moreover, only 11% of the employees targeted by OregonSaves claim to already have retirement savings, half the 22% level in the nationally representative SIPP.

Meanwhile, the hypothesis that low savings rates occur because people can’t afford to save is also supported, the paper notes. Opt-out rates rise with the local unemployment rate and the volatility of industry income; and when opting out, employees in industries with lower earnings are more likely to cite that they cannot afford to save, the researchers found.

Finally, the behavior of older workers and workers in industries with higher income levels are both potentially consistent with the “don’t need to save” hypothesis. “Older participants may have a more precise estimate of the Social Security replacement rate they will face at retirement, reducing the perceived value of participating in OregonSaves, and workers in higher income industries are the most likely to have a preexisting retirement savings plan,” the paper explains.