Views of the Pandemic Differ Among Retirees, Pre-Retirees 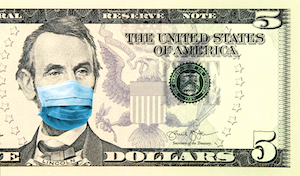 Findings from the Society of Actuaries’ latest biennial survey examining the retirement risks by those nearing retirement and those already retired reveals significant differences in how the pandemic affected the two groups.

“The impact of this crisis is complicated because while it caused economic turmoil and unemployment, it also coincided with a stock market gain and reduced spending, both of which can have a positive financial impact on older adults who hold investments,” the SOA explains in its corresponding summary report, 2021 Risks and Process of Retirement Survey.  SOA notes that, as it has seen in prior research, retirees were found to be less worried about their finances than pre-retirees, but the gap between retiree and pre-retiree concerns was significantly higher in 2021. In fact, retirees’ levels of concern about most retirement risks are down significantly from 2019, the study notes. For instance, two areas that retirees were less concerned about than in 2019 were their ability to maintain their standard of living in retirement and their ability to fund health and long-term care needs.